Hunters of the Steel Sharks: The Submarine Chasers of WWI

... Personal anecdotes, official reports, and well chosen photographs bring the story of these little anti-submarine ships to life. It is a fascinating account of early ASW warfare and is highly recommended.

In 1918, a war time fleet of 303 U.S. submarine chasers formed a new offensive against the enemy, armed with depth charges, deck guns and an array of new, top secret submarine detection and pursuit devices.

These miniature wooden war ships, the smallest commissioned vessels in the American navy, were the first major deployment mechanism for early antisubmarine warfare equipment, and were remarkable in their capabilities and service: Chasers crossed the Atlantic Ocean on their own power; performed submarine hunts and attacks from bases in Plymouth, Queenstown (Cobh) and Corfu; assisted with post-war diplomacy along the eastern shore of the Adriatic Sea; helped facilitate troop evacuation in northern Russia; and participated in the clearing of the North Sea mine barrage.

This is the history of the submarine chasers of the Great War, extensively illustrated with period photographs and diagrams, and rich with personal anecdotes, an up-close account of the early days of ASW based on rare, unpublished documents.

Author Todd Woofenden soaks the reader with sea stories and countless photographs of the naval equivalent of the Rough Riders. Ninety years ago a newly minted reserve officer saddled a 110-foot subchaser to round up U-Boats, or “steel sharks,” in the Adriatic. Within 18 months Lt. Dole survives heavy weather off Bermuda, patrols the Kola Peninsula during the Russian Revolution and rides shotgun for minesweepers in the North Sea. The American chasers saw real action during the Great War, while our battlewagons shined bright work in Scapa Flow.

Woofenden deftly converts his exhaustive research into text and illustrations that vividly tell the story of the doughty little subchasers of World War I. A fascinating read.

More Reviews and Reader Comments. See also the review in Stars And Stripes

About the Author:
Mr. Woofenden is editor of the naval history website, The Subchaser Archives, at www.subchaser.org, devoted exclusively to the collection and display of documents and information on WWI subchasers.

This account draws heavily from Lt. Dole’s rare collection of WWI documents and photos, passed down through two generations, and now in the care of the author. Mr. Woofenden lives and works in Maine.

Shipping in U.S.:  $4.00. Shipping to most locations outside of the U.S. computed at checkout, based on lowest available rate. For other countries (if shipping rate is not shown at checkout), please contact us before ordering. 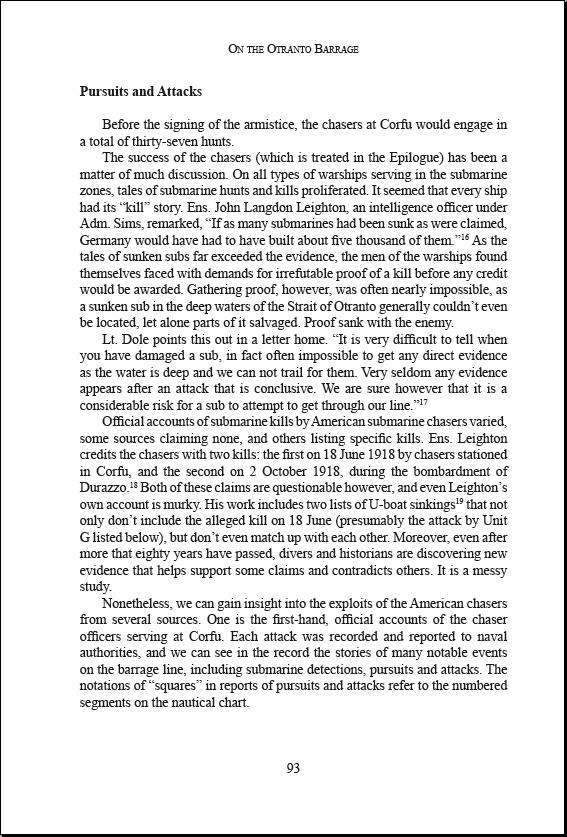 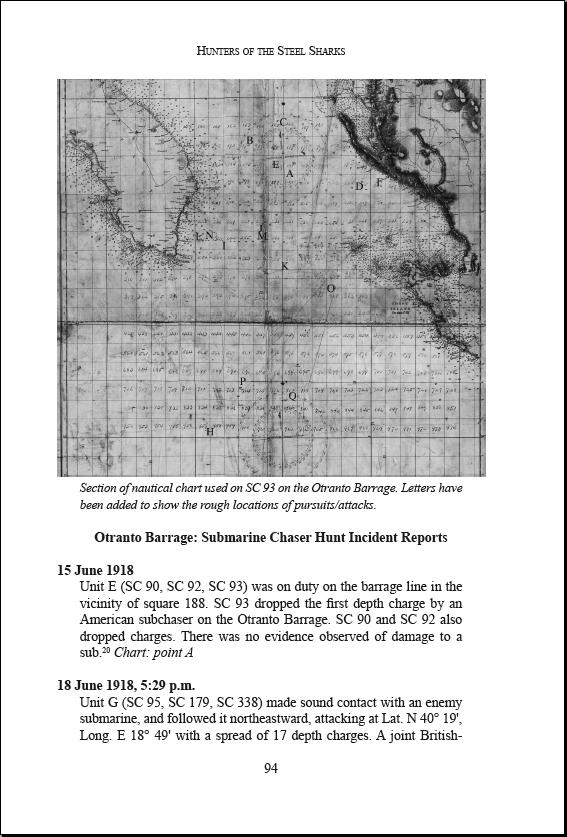 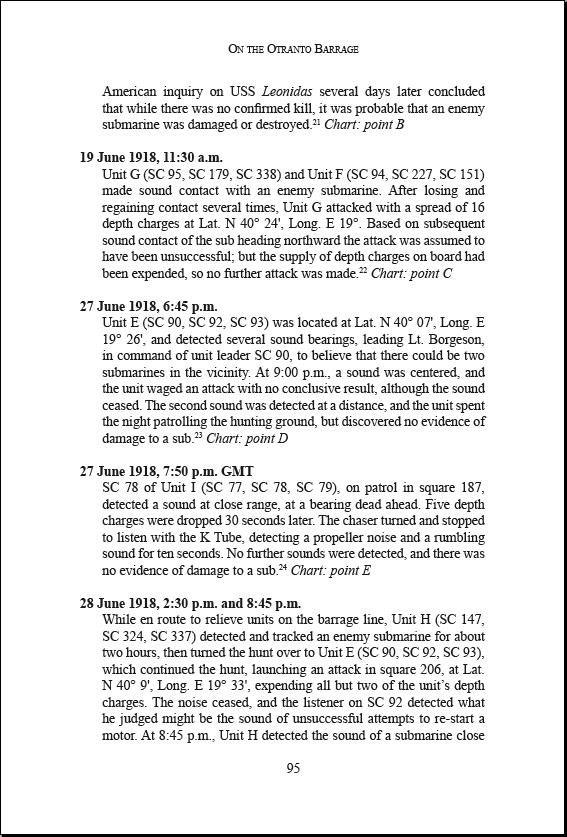 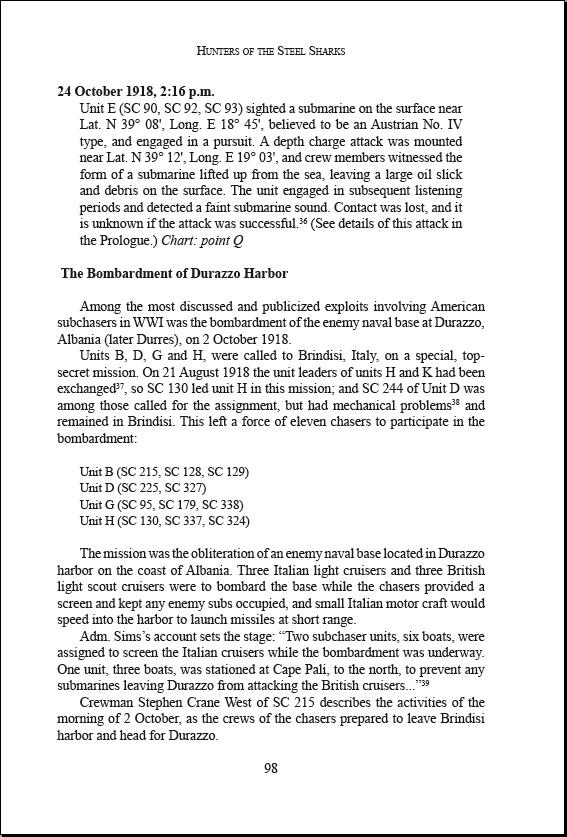 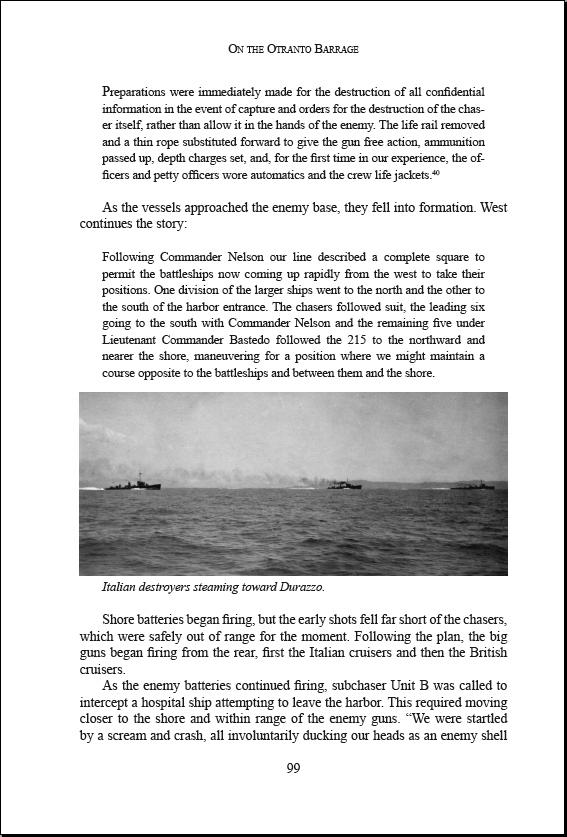 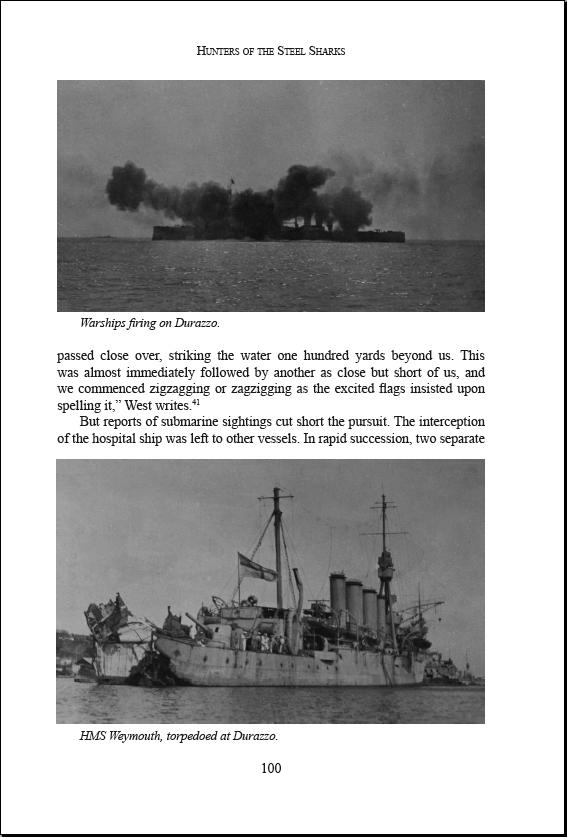